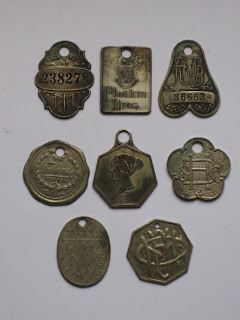 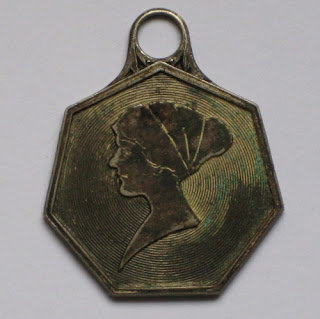 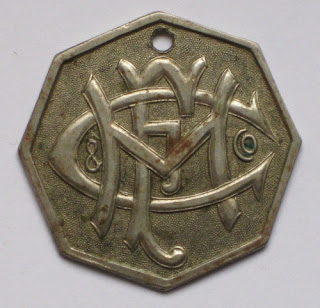 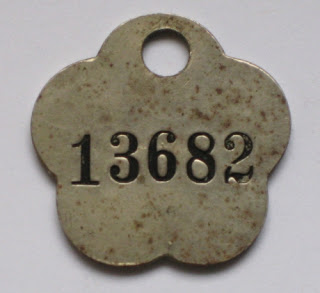 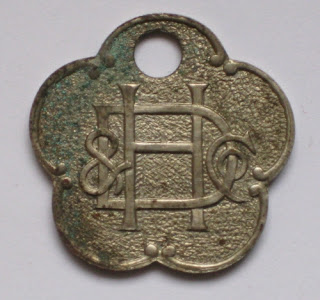 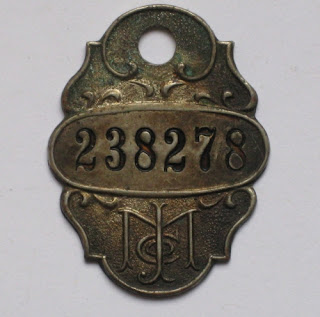 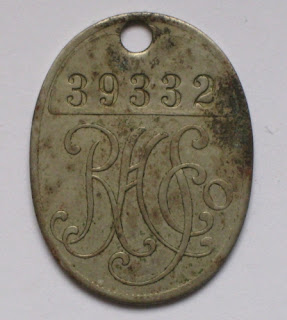 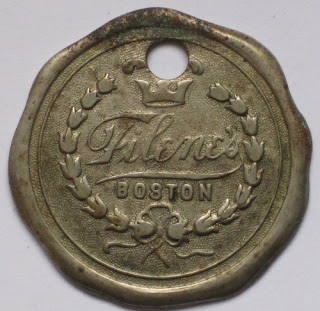 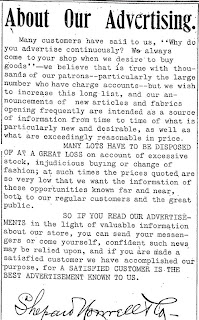 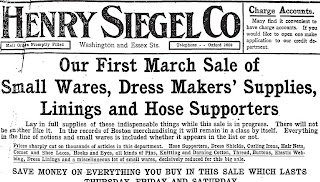 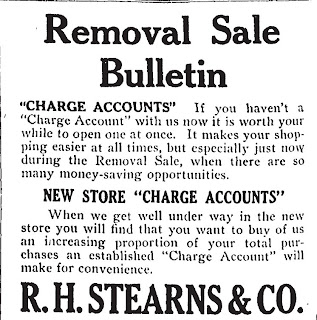 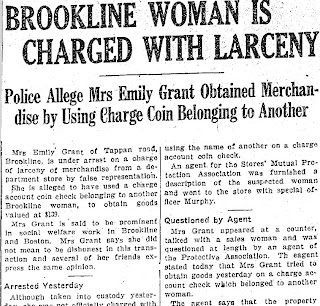 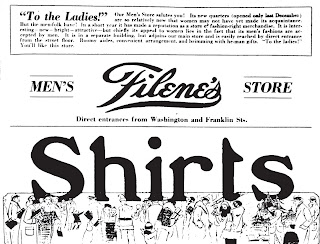 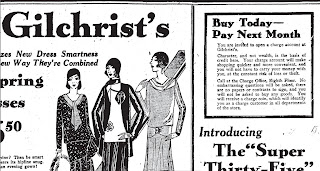 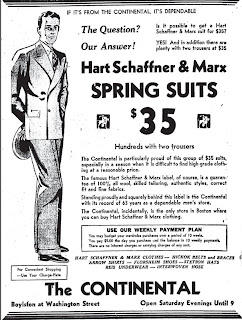 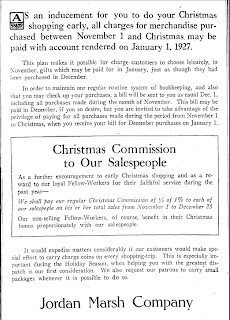 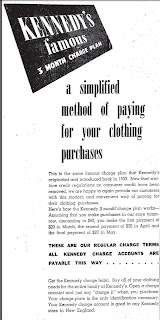 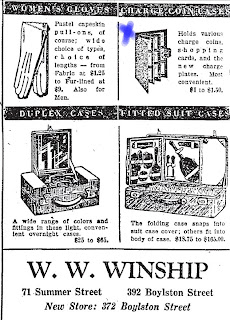 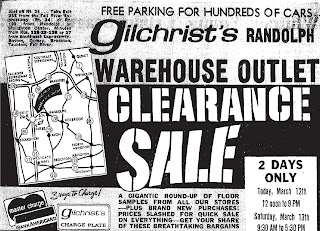 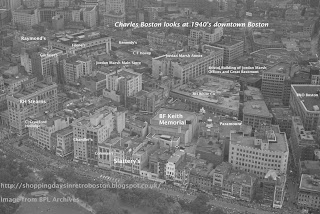 Charge plates - the precursor of plastic charge cards - were developed by Farrington mfg. of Jamaica plain. The company made jewelry boxes, and somehow branched out to develop metal plates embossed with the customers information. Some were kept on file at the store, and others were carried by the customer. The first charge plates were produced around 1928, and would have replaced these coins (which I had never heard of).

Thanks, Mark!!!! Neat information!!
I bet that company in JP did the first ones for the big seven store push in the early 1930's to help move away from the coin system:-)