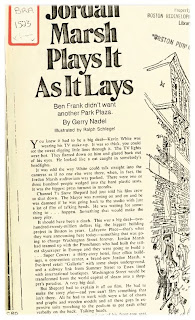 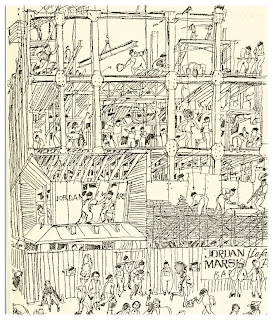 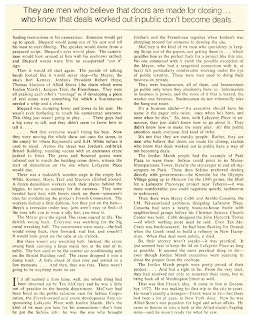 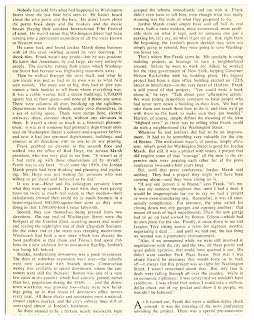 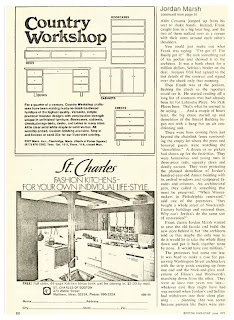 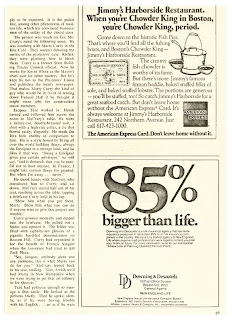 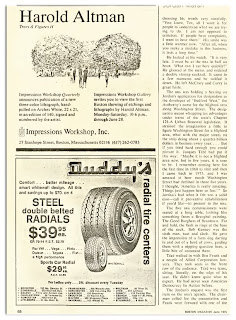 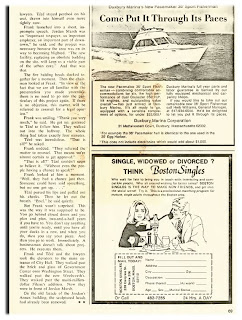 Hello, Retro Boston Lovers!
I came upon this great retro article from June 1975 Boston Magazine that showed just how strong the feelings were at the time when Jordan Marsh Company wanted to tear down its older buildings and make way for the bright new future with...Lafayette Place! The tone of the article is all about the down and out state of Washington Street and how cheap it had become and so the power base of the company felt it was time to shed the old and bring on the new...up, up and away! I find it sad how the group of protesters who came to try to save the old Jordan Marsh main building are made to look silly and useless by the article...a pain in the neck to the developers more or less.
The writer must have been new to Boston since he made a few mistakes....I love to catch them out!! The building being torn down in 1975 was the main Jordan Marsh store along Washington Street...not the Annex!! The Annex building was in use while the first phase of this ill-fated modernization was ongoing. So what the writer is really describing is the wonderful Victorian main building coming down...and yes, the old Bristol Building was on the way out, too in 1975. The whole area was being cleared bit by bit but the Annex was the last to go in 1977 or early 1978....not 1975. I have clear memories of this huge construction project of 1975-1976 and all the plastic sheets hung to seal off the old main building from the 1949 new building and all the wooden walls blocking your view of the large construction pit along Washington Street. And also how vital the Annex was for extra sales space during this project. I can still see the little signs placed all over the store telling us...the loyal customers...how sorry they were for the chaos, but a bright new future was on the way...mmmmmm....right!!!